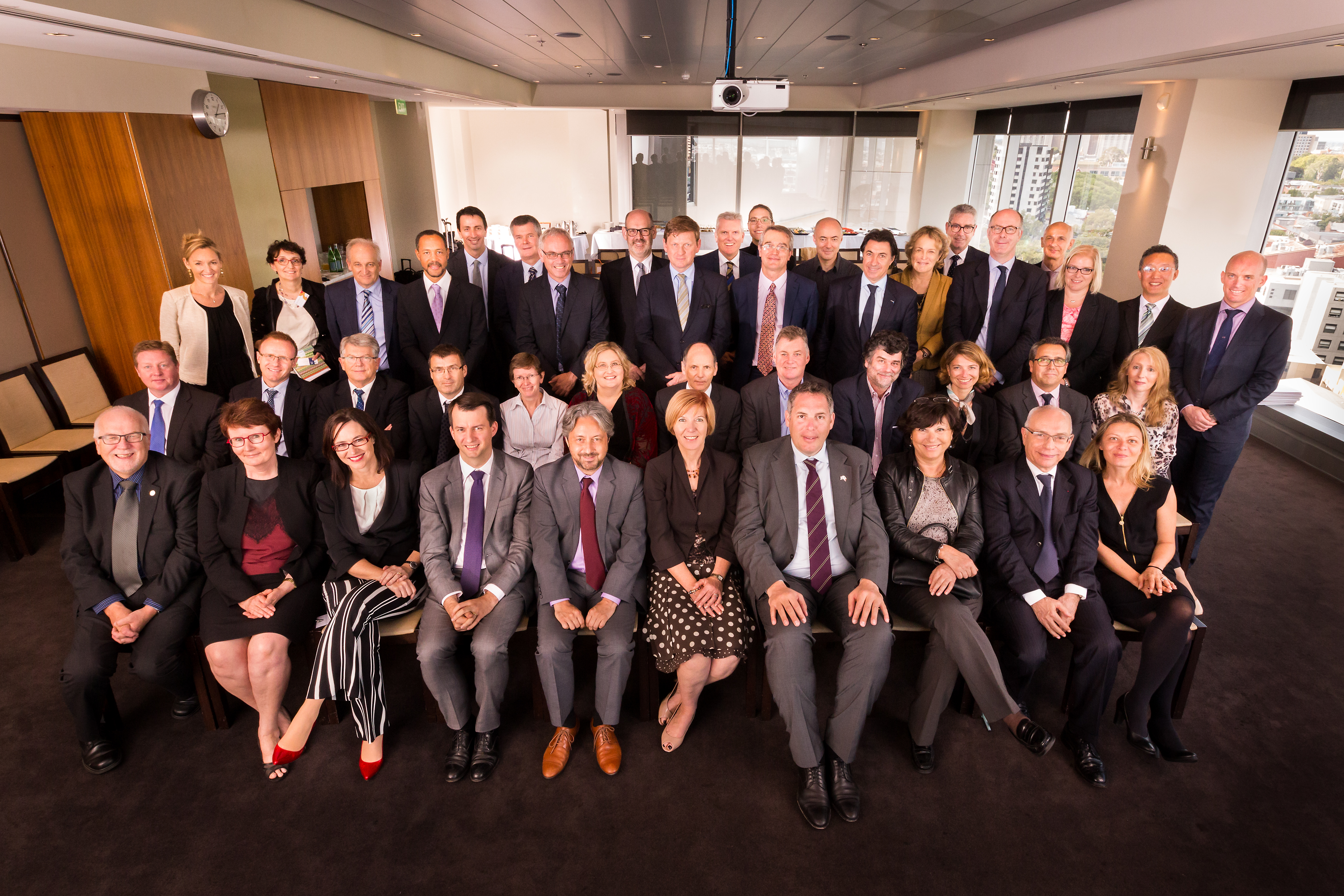 As Australia’s group of leading research universities, the Go8 has been driving the sector’s support of the Australian Government’s innovation and industry engagement policy.

Today’s business dialogue was organised at the invitation of the French Embassy, and will be attended by the French Ambassador and Australia’s innovation “czar” Bill Ferris. The Chief Executives of the elite French companies who are attending, were chosen because they are already deeply involved in innovation in France, and are now seeking new opportunities to collaborate with the Go8 and the Australian business sector.

The delegation is led by Mr Guillaume Pepy, the Chairman of the Executive Board of Groupe SNCF, a rail transportation and logistics company. He is also the Chairman of France-Australia and France-New-Zealand Business Councils of MEDEF International. A wide range of sectors will be represented, from aerospace, defence, pharmaceuticals, healthcare, corporate and investment banking, energy systems and engineering. Many of the companies already have a keen interest in Australia, through membership of the French-Australian Chamber of Commerce.

It also follows on from a tripartite commitment signed in December 2015 between the Go8, the French Embassy and the French-Australian Chamber of Commerce.

Go8 Chair, Dr Michael Spence, said the delegation was an important step in showing the Australian public that innovation was revered internationally as an economic pillar, and that Australia’s research was globally lauded. “We have much to offer French companies,” he said. “We are proud that they want to collaborate with us, just as we recognise we can learn from their innovation successes.”

Dr Spence said the French delegation was an excellent example of why Prime Minister Turnbull found innovation exciting. “It most definitely is, and that is never more obvious than when you meet with successful innovative International companies. The Go8 looks forward to working with them.”

Note: The Go8 is Australia’s premier group of research intensive universities, consistently the highest ranked in Australia and with seven of its eight members in the world’s top 100. The Go8 educates 26% of Australia’s students. One in three international students who choose to come to Australia study at a Go8 university. It receives $2.5 Billion in research funding, two thirds of research   funding to Australian Universities, and each year it spends some $6 Billion on research.