By Bernard Lane and John Ross

The Group of Eight is pushing for a new visa class to attract PhD students as it seeks to unlock the potential of the Indian market.

“A special class of visa for researchers and PhD graduates would counter the perception that Australia was ambivalent about attracting the best research talent from around the world,” said Go8 chief executive Vicki Thomson.

She is in India with the Australia Business Week India delegation led by Trade Minister Steve Ciobo. Two-way student mobility is a key agenda item.

Although April’s visa crackdown only indirectly affected PhD students, reports suggest it harmed the perception of Australia as a welcoming destination.

“It is critical that we remove any administrative barriers that may discourage or limit recruitment of high quality international candidates into Australia’s research training system,” said executive officer Fiona Zammit.

While international PhD students can apply for a post-study work visa of up to four years, this falls short of a guarantee that they can make a career in Australia. However, inferior post-study work rights in the US give Australia an opportunity. Australia does well in attracting undergraduate and masters students from India, but postgraduate research students often perceive the US as offering higher quality. This is attributed not only to the large number of high-ranked institutions in the US but also to ignorance about the quality on offer in Australia.

The Go8 and India co-published 2742 articles and reviews in 2012-16, including 193 highly cited papers (ranked in the top 1 per cent for field and year) and 24 hot papers (in the top 0.1 per cent). The main subject categories were physics and clinical medicine.

The Go8 has set up a taskforce with India to promote exchange. It is co-chaired by Go8 chairman Peter Hoj and the Indian Institute of Technology Bombay’s director Devang V. Khakhar.

Meanwhile, there is anecdotal evidence that Australia’s visa crackdown is making it harder to recruit academics from overseas.

“While the global environment would suggest there are opportunities for Australia to secure high quality international talent, the reality is less clear,” Dr Carr blogged. “Relocation is always situationally specific. The attractiveness of Australia should always be balanced against challenges of relocation and a perception of a less than welcoming environment.”

The April crackdown removed hundreds of jobs — including life scientists, civil engineers, historians, microbiologists and archeologists — from the occupation lists that determine eligibility for temporary work visas. And it restricted university lecturers and research fellows to a short-term list, which meant they could only be recruited for two years.

University groups protested that the changes would deter academics. In June the federal government relented, putting university lecturers — along with many scientific and technical disciplines — on the Medium and Long-term Strategic Skills List, rendering them eligible for four-year visas and consideration for permanent residence.

But Dr Carr, who co-directs Melbourne executive search firm The Insight Group, said he and offshore colleagues were seeing anecdotal evidence that academics were still being deterred.

“In a number of senior search assignments we have conducted this year, one of the reasons a candidate has ultimately decided not to proceed has been the visa issue — either the perception that it is too hard, or that it is a reflection of the country’s view towards offshore academics,” he told HES.

“When potential candidates start exploring opportunities one of the first things they Google is Australia and visas.

“You can imagine the sort of confusion that creates. Australian universities are certainly finding the environment more challenging and complex.” 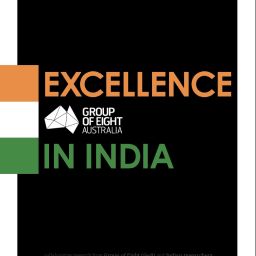 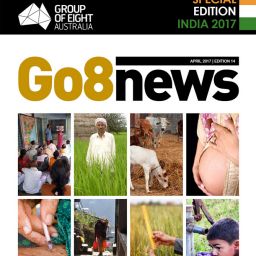