The Group of Eight (Go8) has written to the organisers of Australia’s National Reform Summit urging them to ensure that the resourcing and strong growth of research – one of the most valuable of Australia’s economic and productivity foundation stones – is not forgotten in the determination to keep the summit “small”.

“The Go8 absolutely agrees with the media statement of Summit convenor Craig Emerson that ‘the more inclusive the summit, the more nebulous and less useful any summit statement will be’,” says Go8 Chief Executive Vicki Thomson.

“However, with that strong statement comes great responsibility. If the determination for small locks out the voice of any area that is fundamental to the future of the Australian economy and the lives of all Australians, as research is, then the Summit will be deficient and Australia cannot afford for that to occur out of such a sensible workable idea.”

Ms Thomson said she was hopeful the organisers would ensure that “all bases were covered”. “After all their reputations matter in this too,” she said. “But the push to keep the summit small and avoid as Mr Emerson said ‘taking on too many issues’ needs better explained to the community so it can feel reassured that what must be discussed for our future will be discussed.”

The Go8 was concerned to see real and brave policy development occur out of this National Reform Summit. “We are absolutely sure it can and that it will. We are very supportive of the event. All we are also saying is a National Reform Summit must live up to its name and therefore we implore that the resourcing of research is included.”

In the media: Uni fees backflip will flop 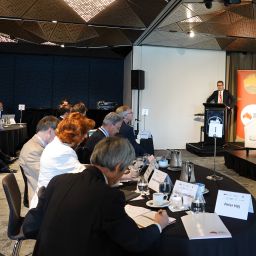 In the media: Ranking on income ‘a dud measure’