In the media: Opinion Editorial: Something has to give on sustainable policy

The Australian
By Vicki Thomson

As we head into the home stretch of the federal election campaign it is a fair question to ask what next for the nation’s universities. Little has been said from either of the major parties and it would appear to the casual observer that we are, yet again, sitting on the political sidelines.

The Coalition appears to be hoping we have been placated by its high level options paper, and last week the opposition hid its announcement the sector could wear more cuts behind the late Friday afternoon media release dump of the holiday weekend. It does not augur well for a sector which, through the skilled graduates we produce, the breakthrough research we deliver and the communities we serve, is critical to the future prosperity of Australia.

There is now an urgent need to renew the policy architecture and address the inconsistencies and contradictions created by incremental policy changes in the past three decades. Long term, if Australia is to prosper, it will benefit from a new, more coherent, balanced and transparent approach to higher education and research policy. Difficult choices will need to be made.

Today, leading research and highest ranked universities have released their priority directions for an incoming government. Addressing the current distorted model, whereby both teaching and research are underfunded, must be front and centre of policy reform. It may be an exciting time to think innovation but it is more than a word, it is an ethos. It is an ethos nations with much deeper funding issues have embraced as a priority. They are our competitors. They also seem to understand that university research must be fully funded as we are the heavy lifters.

If an incoming government does not act to prioritise university research funding, for Australia, innovation will remain an exciting word and not much more. At risk are the economic benefits that research strength brings, including as the key driver of Australia’s $19 billion international education export industry. Our priority directions paper also makes the point that the current demand-driven system of university entry needs to be recalibrated.

The Group of Eight celebrates the uncapped system’s success as a participation tool, having already almost reached our national target of 40 per cent of 25-34 year olds with an undergraduate degree. However, it is rapidly becoming financially unsustainable and has proved to be inefficient in delivering on its key original policy priorities around equity. Something has to give. Much has to be repaired. It cannot any longer be ignored that there are too many unintended consequences from the policy for it to continue in its present form.

Put simply there is really no choice. As it stands the demand-driven system is fiscally unsustainable. It is predicted that the HELP debt will total almost $200bn in 2024-25 and almost one-third of this debt will not be collected. In no way is the Go8 advocating a return to the previous system of capped enrolments allocated by government. Rather, we must move to build a new model with a fresh purpose — one that supports opportunity, student choice and diversity across all tertiary education.

At its heart this must provide access and equity for all who are eligible but not at the expense of quality. Critical to this is a reframing and broadening of the aims of the system — to broaden attention from degrees alone to the full range of knowledge and skills demanded for our economic future. Surely it is time to have a frank discussion that those who choose a trade or a diploma are not failures. It’s a decision to be applauded if it delivers us employees who embrace and are happy with their work choice. But the most important issue that must be resolved is, that for all the increased participation, and for all the taxpayer funds expended and not recovered, the demand-driven system has failed in one of its major planks.

It must be righted that the demand-driven system was supposed to deliver what the Bradley review of 2008 had set out — it was supposed to ensure that 20 per cent of low SES students had been enrolled in undergraduate courses by 2020. The current low SES figures sit at an increase of just 1.5 per cent. Australia’s higher education system has served the country well. How well it can continue to do so in the future depends on government and higher education providers working together to meet the demands of a changing world. The Go8’s priority directions are a means to advance this challenging but essential discussion with the government, parliament, community and sector. It is time for an incoming federal government to walk the walk with its higher education agenda. 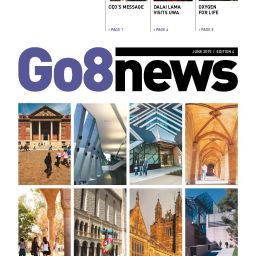