Go8 Chief Executive, Vicki Thomson, said that the Go8 had performed strongly in securing funding for 670 out of 989 projects announced today – including earning approximately 70% of funding allocated in each of the five major ARC schemes.

“The Go8’s consistent performance across the breadth of ARC programs – and particularly in the industry engaged Linkage scheme where we attracted 71% of the funding for 33 out of 48 projects – reflects our commitment to research across our annual investment in R&D of over $6.1 billion.

“Across the board, Go8 researchers deliver research that is both academically world leading and impactful for our partners across industry and the broader community. It is this strength that establishes the Go8 as a leading network of research intensive universities on the global stage.” 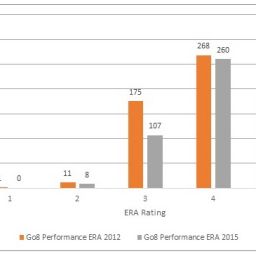